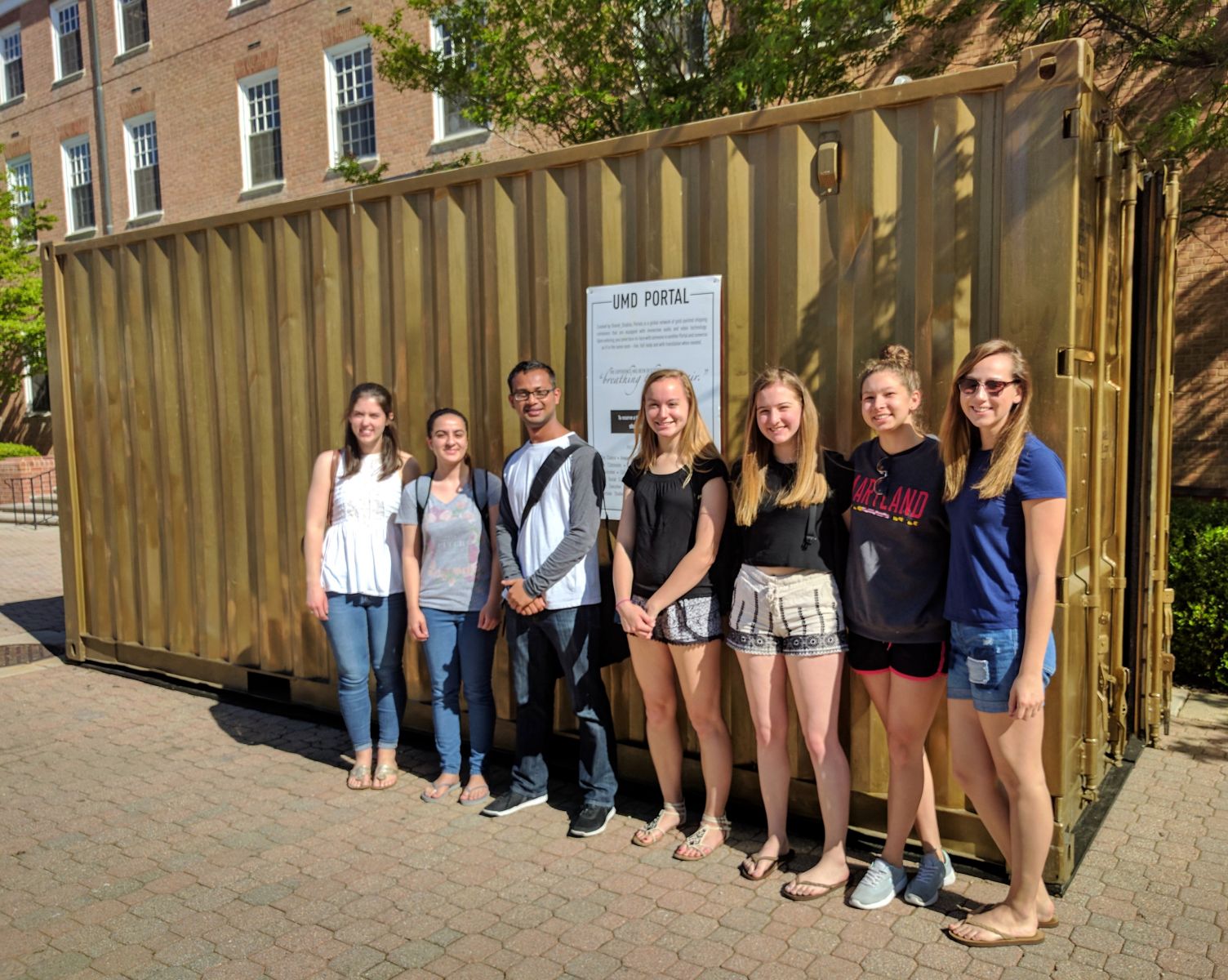 Inside three identical, gold shipping containers – one in a refugee camp in Iraq, one at a university in Afghanistan and the last on Tawes Plaza at the University of Maryland – students oceans apart were given a chance to have a dialogue as part of the UMD Portal Project last month.

The project, sponsored by the Clarice Smith Performing Arts Center, uses full-body video chat to unite two groups within a similar setting to create the illusion of being in the same room. Students had a chance to discuss their differences and similarities in lifestyle with another group across the globe.

“I had walked by the golden shipping container several times over the past day or so wondering what it looked like on the inside and what secrets it would hold,” said Grace Stanton, one of 14 START Global Terrorism minor students that took advantage of the opportunity.

The University of Maryland students found that their stereotypes of youths in the Middle East were largely framed by an unrealistic media portrayal and the similarities they have with these foreign students extend far beyond age. 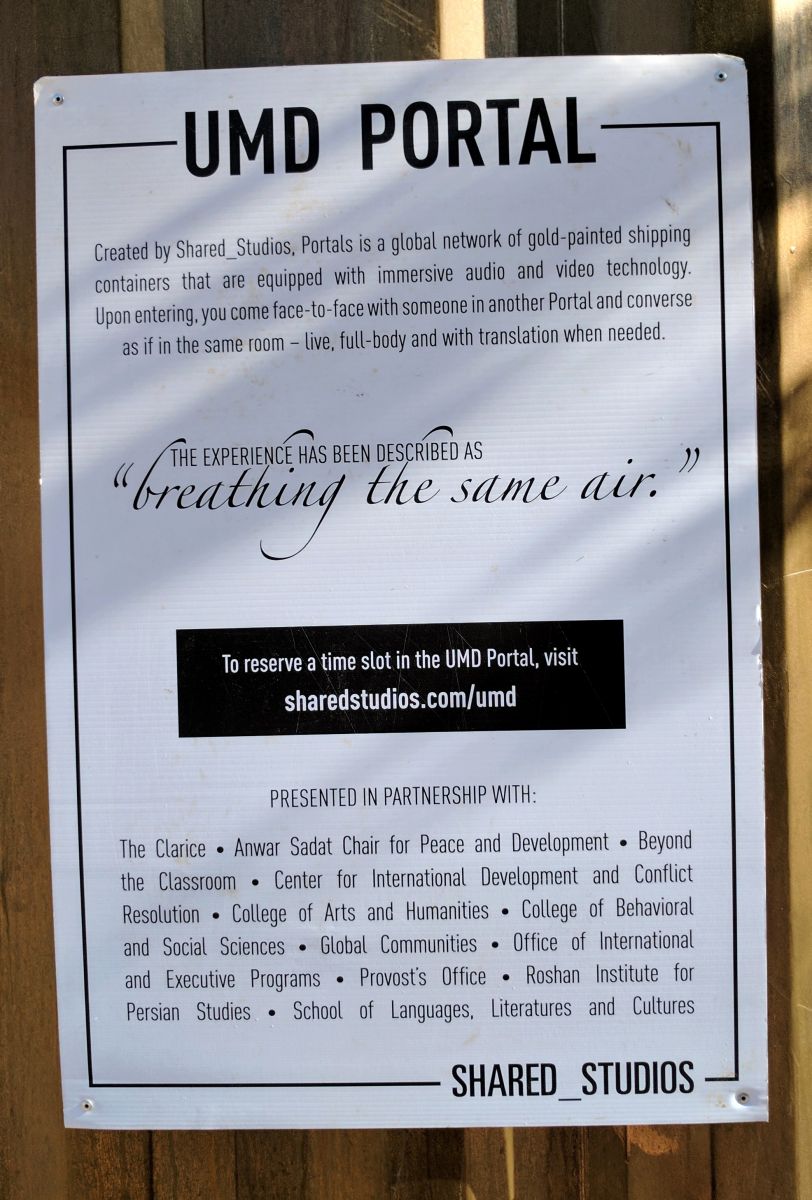 Stanton, and her classmates, were able to talk to two Iraqi students studying from within a refugee camp in Erbil known as Harsham Camp. She was surprised by how similar the students’ ambitions were to her own.

“They were blocked or delayed by conflict, but they wished to live a happy and safe life with their family, get an education, work hard, and possibly see the world,” Stanton said.

This sentiment was echoed by another student, Kristin Gibbons.

“When I thought of Iraq, I thought of media coverage of bombings and people in fear,” Gibbons said. “But that wasn’t the case talking to them ‘in person.’ They have normalcy. They aren’t constantly victims living in fear.”

Students given the opportunity to talk with students at Hariwa University in Herat, Afghanistan were just as surprised by the similarities.

“It took me a while to fully wrap my head around the idea that the Herat participants were halfway around the world because they acted so similarly to Maryland students,” Giselle Miranda said.

The Afghani students were quick to tell the American students to not believe everything they hear in the media. There was concern amongst the students that American media creates negative stereotypes and generalizes many Middle Eastern countries, as well as the residents of the countries, Miranda said. 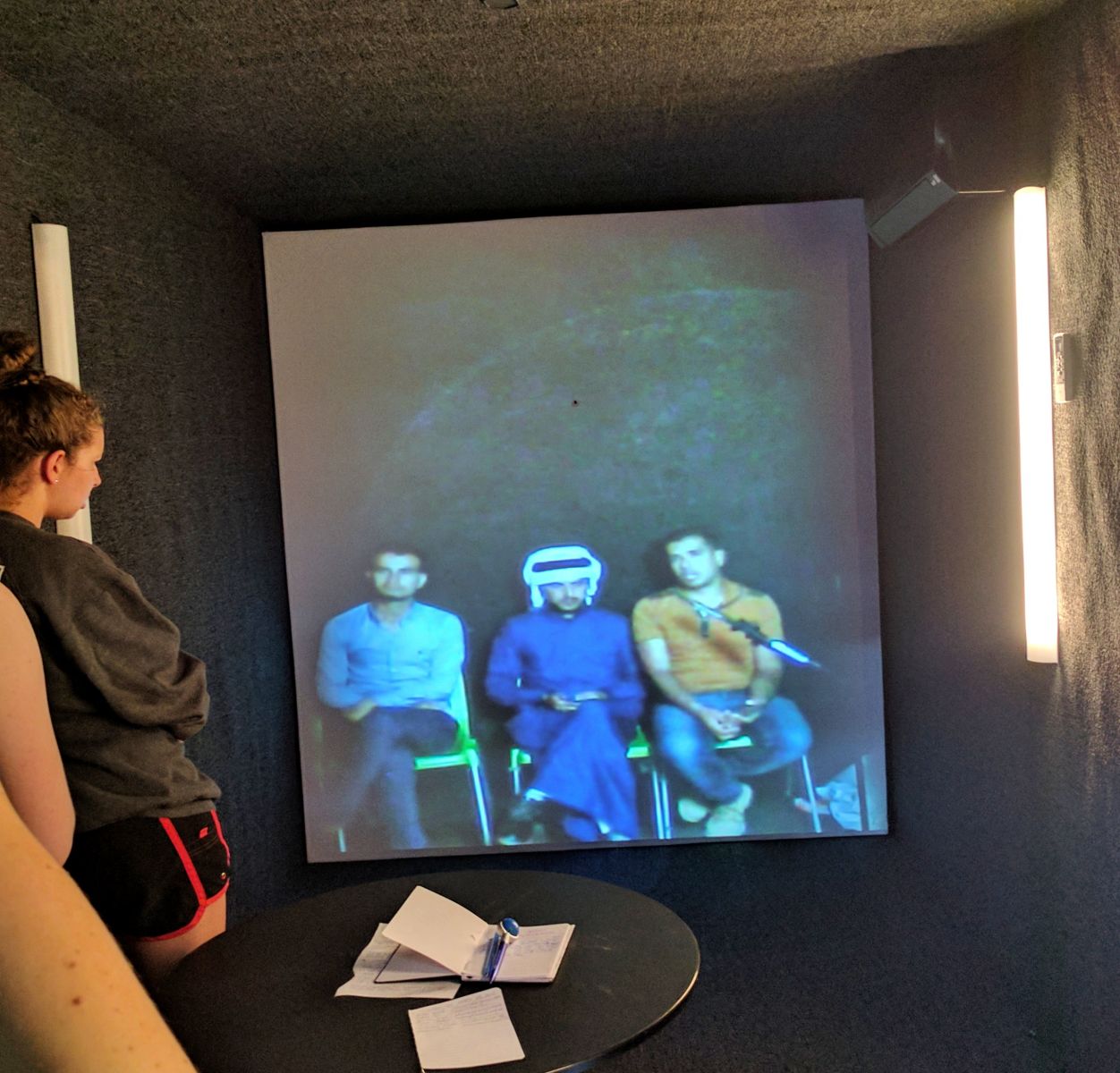 Abby Kershek said, “This experience really opened my eyes to how we can connect with citizens from around the world and address problems that affect us, like terrorism.”

The START students said the key lesson learned in the portal was the importance of bringing people together for discussions to break down barriers that would otherwise prevent progress.

They said that through the portal experience they were able to abandon their own stereotypes and see that the students abroad were just like them, apart from living in areas often maligned or underrepresented by the American press.

Stanton said viewing Middle Eastern nations such as Iraq or Afghanistan through a lens of violence and terrorism can be damaging and lead people to dismiss whole regions as “un-saveable.”

“The more we spread their story, the more we can recruit for efforts to save the families and save the people that suffer,” Stanton said.