START is publishing an infographic series exploring findings from its Tracking Cartels project. Each week, for four weeks in June 2020, START will release a new infographic that depicts cartel operations in Mexico.

Currently, the Geospatial Research Unit (GRU) at the National Consortium for the Study of Terrorism and Responses to Terrorism (START) is leading a joint research project with partnering DHS Centers of Excellence, the Criminal Investigations and Network Analysis Center (CINA) and the Center for Acceleration Operational Efficiency (CAOE), to develop a multi-pronged approach to triangulate open source information about TCOs, including major Cartels and gangs (e.g. MS-13), operating in Mexico and the Northern Triangle. The purpose is to use open-source information to build a holistic and accurate understanding of TCOs’ activities in Mexico and the Northern Triangle for analyses and operational decision-making.

To accomplish this, project teams are employing innovative collection and analysis strategies to develop a better understanding of the spaces of violence and instability in Mexico and Northern Triangle countries.

The effort includes exploitation of foreign government documents, automatic geocoded information extraction from news articles, scraping of social media to feed a linked gazetteer, and explainable deep learning techniques to identify and visualize subtle trends a human analyst could miss using traditional analytical methods. The overall goal of the project is to provide new open source tools to the U.S. Government that protect confidential sources and increase international and domestic information sharing in the tracking of TCOs. 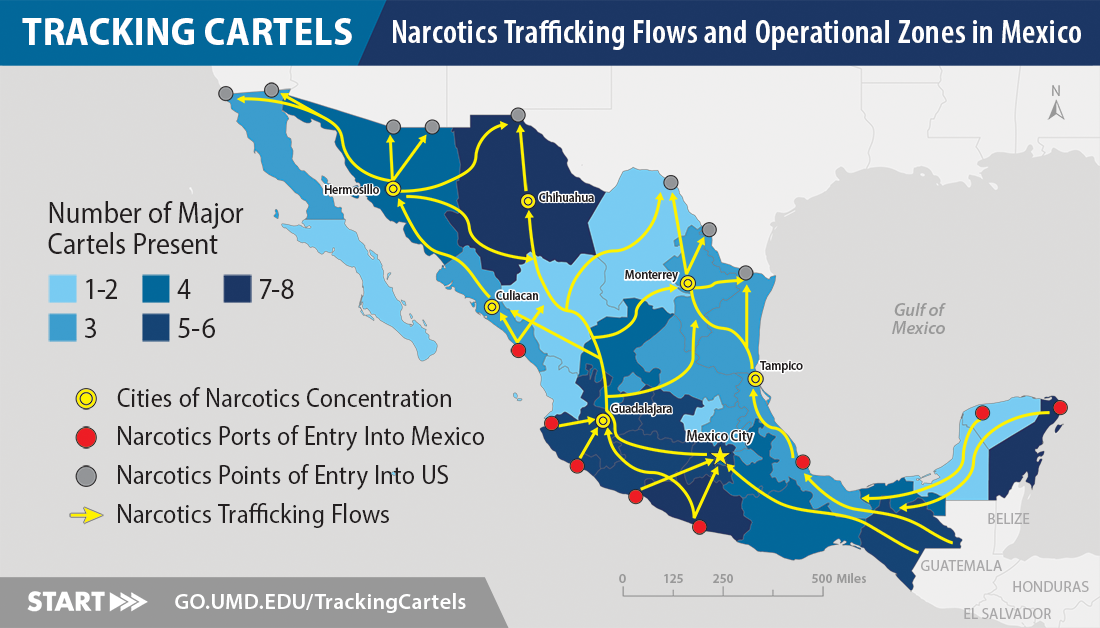 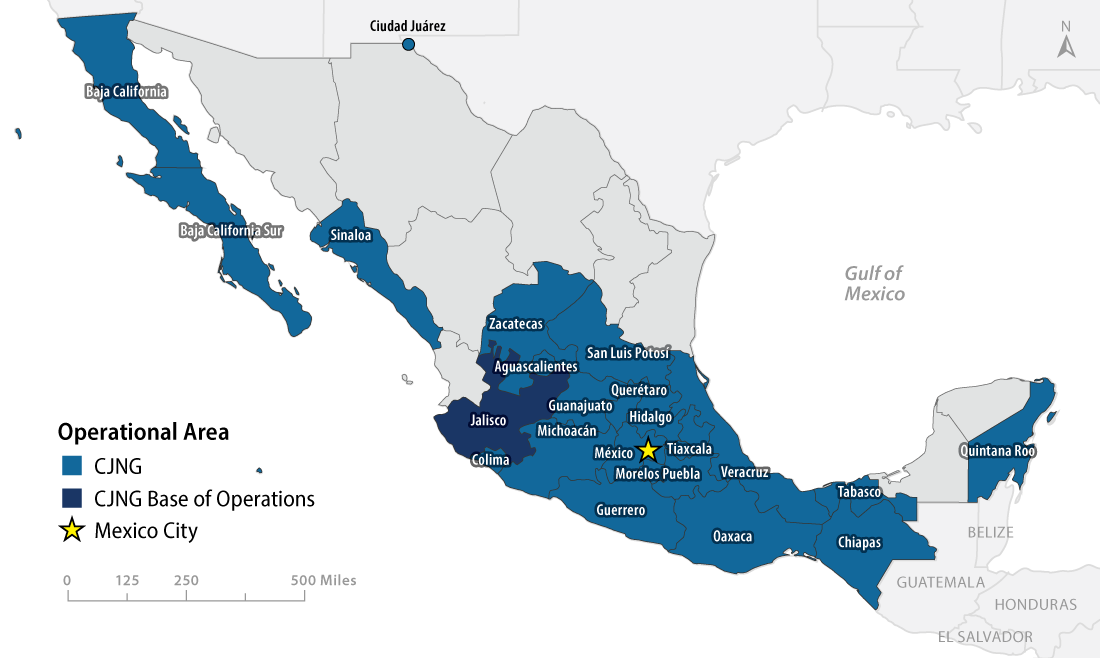 #3. The Pits: Violence in Michoacán Over Control of Avocado Trade 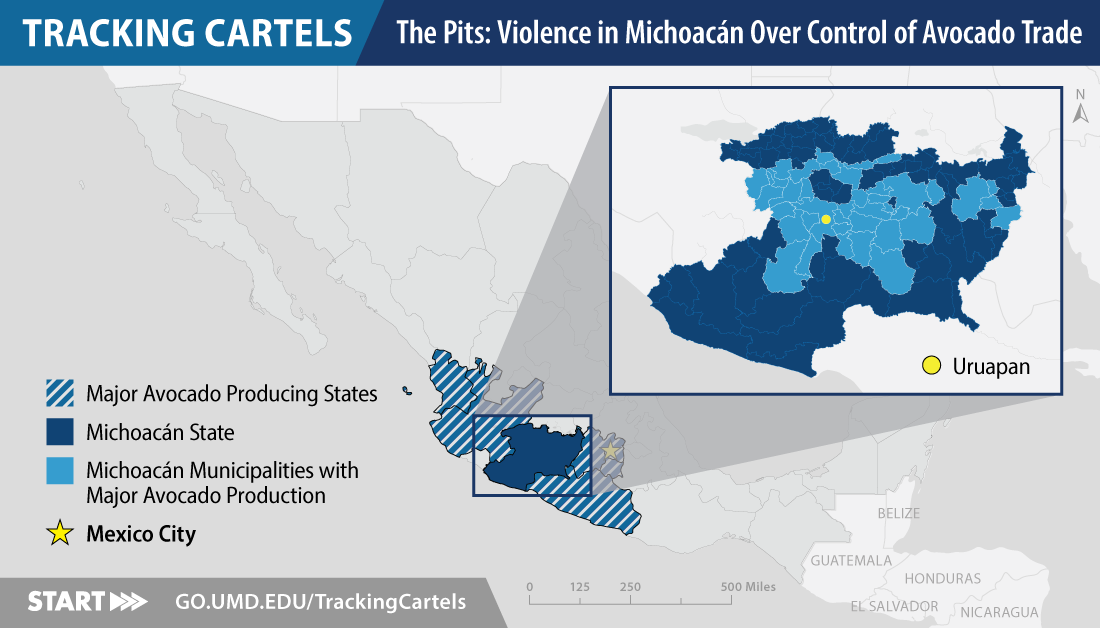 #4. Huachicoleros: Violence in Guanajuato Over Control of Illicit Petroleum 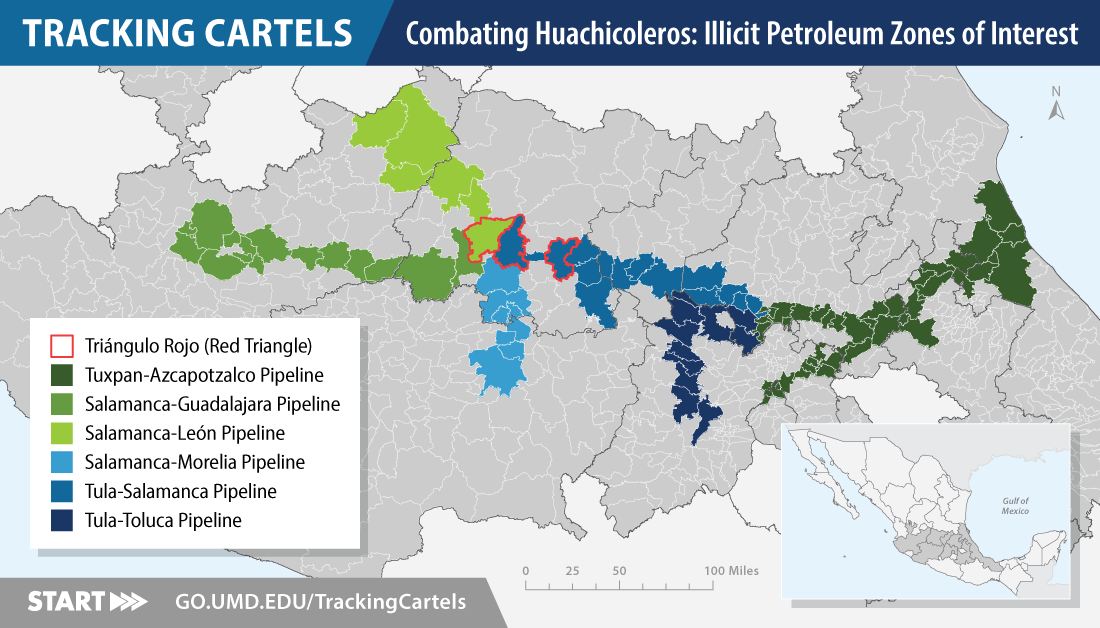