The following is a student blog authored by a START intern.  These editorial columns reflect the opinions of the author(s), and not necessarily the opinions of the START Consortium. This work was originally published in the Georgetown Security Studies Review (GSSR), the official academic review of the Georgetown University Center for Security Studies (CSS).

Nearly every time an American is revealed to have a connection to the Islamic State in Iraq and the Levant (ISIL), Assistant Attorney General for National Security John Carlin is quoted about the 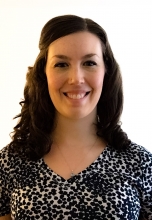 ​danger this poses to the United States: “We have a responsibility to stop those who would travel overseas to join [ISIL], both because of what they do over there—murder, rape, slavery—but also because we don’t want them going over there, getting additional skills, training, and coming back as hardened operatives to do complex attacks here in the United States.”[i]  ​

Americans can’t be blamed for believing that returned foreign fighters are the most urgent national security threat facing the U.S. In addition to Assistant Attorney General Carlin’s ominous statements, concerns about foreign fighters have received international attention at the United Nations, in comments made by President Obama, and in partisan arguments about terrorists sneaking in with refugees. Data show, however, that returned foreign fighters are two times less likely to plan a violent attack against the United States than radicalized individuals who have never traveled abroad.[ii] This means that homegrown extremists who may only interact with foreign terrorist groups online are far more deadly than returning foreign fighters. And contrary to popular perceptions about the danger of ISIL, the group has not been successful at sending American terrorists home to commit violence in their name.

According to the National Consortium for the Study of Terrorism and Responses to Terrorism’s (START) database “Profiles of Individual Radicalization in the United States-Foreign Fighters” (PIRUS-FF), 60% of individuals who express an interest in traveling abroad to join a terrorist group but do not actually leave the U.S. will plan domestic terrorist attacks.[iii] Moreover, only 28% percent of individuals who successfully travel abroad and fight or receive operational training will later return to the U.S. and plan a violent attack.[iv]

There is no evidence that associating with terrorist groups abroad makes individuals “hardened operatives.” Of the 52 returned foreign fighters who plotted against the U.S. between 1980 and 2016, 29 (55%) never made a serious plan or even successfully acquired materials for the plot.[v] Only four returned foreign fighters (7%) have successfully executed three plots in the 36 years for which PIRUS-FF has data.[vi] One of those plots was undoubtedly sophisticated—the 1993 World Trade Center bombing, which killed 6 people and injured 1,042 people.[vii] Two of the seven individuals who were implicated or convicted were U.S. citizens who had received training from al Qaeda.[viii] The 1993 bombing was clearly an outlier in terms of planning, funding, and complexity. The other two plots (2009 and 2013) involving individuals who had liaised with terror groups abroad killed a total of 7 people and injured 281.[ix] Since 1993, that equates to 0.56 Americans killed by returned foreign fighters per year. In contrast, 15,089 people were murdered in the United States in 2015 by other means.[x]

One has to wonder why the number of successful attacks is so much lower for “hardened operatives” than non-traveling extremists. Daniel Byman and Jeremy Shapiro suggest that returned fighters may be disillusioned from the horrors of war they have witnessed or reluctant to attack a public place where their family or friends might frequent.[xi] It may also be that many fighters do not return home at all, settling into life abroad or dying on the battlefield.[xii] Or, perhaps, as Byman and Shapiro believe, foreign fighters tend to brag on social media and are thus easy targets for law enforcement.[xiii]

The three successful attacks perpetrated in the United States by terrorists with foreign training were connected to al Qaeda (1993), al Qaeda in the Arabian Peninsula (2009), and a Chechen terrorist group (2013).[xiv] To date, not a single ISIL fighter has successfully perpetrated an attack in the U.S. after returning from Iraq or Syria, despite pronounced public fears about the danger the group poses to the U.S. The lack of success by ISIL could be explained by a number of factors. First, the group has been steadily losing territory and needs to retain manpower to manage its territory and fight the international coalition committed to defeating it.[xv] Second, the group emphasizes amateur lone-wolf terrorism, building on al Qaeda’s previous calls for “leaderless jihad.” Would-be lone-wolf terrorists need not be formally trained or indoctrinated overseas to inflict damage.[xvi] Third, ISIL defectors and captured documents suggest that the group prioritizes returning European fighters for the purpose of conducting terror attacks rather than Americans because it is easier for Europeans to return to their home countries from Iraq and Syria; there are also far fewer American fighters than Europeans to send home. [xvii] Self-planned attacks, motivated by ISIL but not otherwise connected, would not be reflected in data about foreign fighters.

However, terrorism experts believe ISIL may send more fighters home to carry out attacks as the group continues to lose territory.[xviii] Whatever the eventual consequences of the territorial collapse of ISIL, it is important to note that non-foreign trained terrorists and mass shooters have been far more deadly than any returned foreign fighter in recent years. [xix] The public and counterterrorism community should not overinflate the threat of returned foreign fighters to the detriment of efforts to reduce these other major casualty events.

Preventing individuals from traveling to join ISIL or other terror groups abroad is still important. It’s impossible to know how many lives have been saved by successful law enforcement efforts to thwart Americans from joining ISIL and to monitor returned fighters. Rather, the results from the PIRUS-FF study show that Americans and counterterrorism professionals must look inward to address the 60% of non-traveling extremists who plan violent attacks. Engagement with law enforcement, family members, and community leaders cannot end after preventing an individual from traveling to Syria. Recent innovations in de-radicalization and community engagement are a promising start. For instance, community resilience trainings jointly conducted by the FBI and the Department of Homeland Security, as well as a court-ordered de-radicalization program implemented by a Minnesota federal judge, should be encouraged and emulated if they prove successful.[xx] More research is needed to determine why 72% of foreign fighters eschew terrorism upon their return—perhaps further innovative CVE programs could engage voices of the disillusioned to persuade others from making the same mistakes these reformed terrorists did.

[iii] Jensen, James and Tinsley, “Overview: Profiles of Individual Radicalization in the United States-Foreign Fighters (PIRUS-FF),” National Consortium for the Study of Terrorism and Reponses to Terrorism.

[vi] Patrick James, Profiles of Individual Radicalization in the United States-Foreign Fighters (PIRUS-FF), National Consortium for the Study of Terrorism and Reponses to Terrorism, interview with author, October 21, 2016.

[vii] Jensen, James and Tinsley, “Overview: Profiles of Individual Radicalization in the United States-Foreign Fighters (PIRUS-FF),” National Consortium for the Study of Terrorism and Reponses to Terrorism.

[viii] Patrick James, Profiles of Individual Radicalization in the United States-Foreign Fighters (PIRUS-FF), National Consortium for the Study of Terrorism and Reponses to Terrorism, interview with author, October 21, 2016.

[ix] The two plots are the 2013 Boston Bombing (3 killed, 264 injured) and the shooting of a military recruitment center in Little Rock, Arkansas by Carlos Bledsoe, also known as Abdulhakim Mujahid Muhammad (1 killed, 1 injured).

[xiv] Patrick James, Profiles of Individual Radicalization in the United States-Foreign Fighters (PIRUS-FF), National Consortium for the Study of Terrorism and Reponses to Terrorism, interview with author, October 21, 2016.

[xv] Pamela Engel, “ISIS’ caliphate is shrinking, and the terror group is about to lose one of its biggest cities,” Business Insider, October 17, 2016, http://www.businessinsider.com/how-much-territory-has-isis-lost-2016-10.

I do not know Richard Collins III and Nabra Hassanen personally, but I have been affected deeply by their deaths. I cannot truly know or feel the pain and suffering their family and loved ones are going through, because I am not in their shoes. I am writing this blog to honor the legacies of the… read entire post

Throughout the course of my internship with the Global Terrorism Database, two news stories I reviewed really stuck with me: an incident in which Iraqi police deactivated a suicide vest worn by an 8-year-old under a Chelsea football jersey and an attack in which explosives detonated at the holy… read entire post

As the conclusion of my tenth and final semester of my undergraduate career nears (yes, tenth) the distinction between scholarship and practice has begun to emerge from the fog. At some point in our lives, we have all attended a lecture and thought retrospectively, “When am I ever going… read entire post