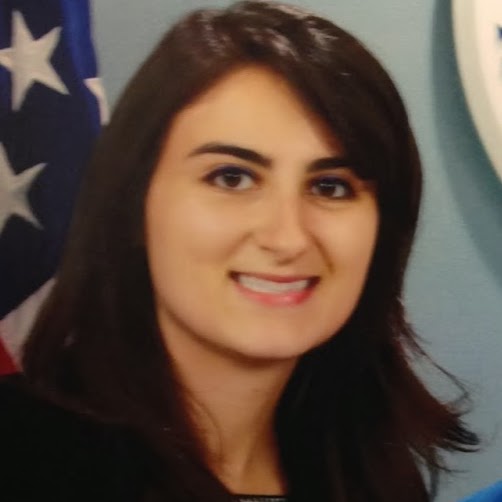 I had no idea what to expect when I walked into START on my first day. There was a tangible buzz of energy and I watched groups of interns working intently at their desks; I wondered if I would enjoy the work as much as they did. I settled down in front of my dual monitors and began a series of internships that grew into my most enjoyable and rewarding professional experience to date.

Prior to START, my background consisted of experiences in the political, legal, and immigration fields, with little exposure to terrorism research or counterterrorism studies. In May 2012, I graduated from The George Washington University with a B.A. in Political Science.

Two years later, I graduated from American University’s School of Public Affairs with a M.S. in Justice, Law and Criminology and a concentration in Terrorism and Security Policy. While at American University, I learned about the internship program at START through a lecture given by START’s Internship Coordinator. That very night, I went home and applied for an internship.

My first internship was for the Global Terrorism Database (GTD) Casualties and Outcome Project. The GTD was an integral part of my academic studies, and I longed to be a part of the team responsible for the database.

At the GTD, it was my responsibility to extract information from open source media pertaining to the number of casualties, fatalities and injuries, and the amount of property damage resulting from terrorist attacks. After examining terrorist capabilities and attack consequences across the globe, the GTD team incorporated the data into the existing dataset for dissemination to external audiences.

On the GTD team, I worked with raw data and applied my research-based coursework in a professional environment. I also had the unique opportunity to review the Boston Marathon Bombing and ensure its inclusion into the GTD.

After my first START internship experience, I transitioned to the START State Department Terrorist Organizations Project. During this internship, I was able me to utilize my academic background in terrorism studies and intelligence, coupled with high levels of creativity, to complete projects for the State Department.

Subsequently, I worked on Projects in Illicit Trafficking (PIT) –Trafficking in Europe and Africa. At PIT, my responsibilities at START vastly grew. My primary role involved researching and analyzing illicit trafficking networks in Europe and Africa through foreign language media sources. Because of my language skills in Italian and Spanish, I was selected to perform research on Italian criminal organizations and South American drug cartels, shifting my research focus from terrorism to transnational organized crime.

I also assisted a researcher with compiling a report on hazardous waste trafficking across the globe. At first, I thought I would solely research pertinent information to include in the report; however, I soon discovered I would be directly responsible for writing an entire section on electronic waste trafficking based on the research I conducted.

While all three of my internships at START have been rewarding, my time with PIT has had the largest impact on my professional development. While at PIT, I had the ability to expand my research and analytical skills to a new field, as well as hone my language abilities. Not only was I directly able to compile a report, I was able to witness a project unfold from inception to completion. My internship at PIT later transformed into a full-time paid Research Assistant position, where I took on additional responsibilities and became more involved at START.

Although my START experiences have helped me grow as a professional, START has always been more than a job for me. My team members’ unique backgrounds and amiable personalities made each day at START a new and fun experience. Together we shared lunch tables in the kitchen, competed to win mugs with the START logo, and quickly navigated the hallways on START’s very own Razor scooter. It was my START family, in addition to the skills I have learned, that have motivated me to pursue a long-term position with the organization.