So far, I have spent two semesters at START with the Risk Communication and Resilience team. I have worked on numerous projects, but the most interesting research I conducted concerned various disasters and hospitals’ responses in crises.

One of these well-known disasters was 2005’s Hurricane Katrina. At the time, I was old enough to know what was happening, but I did not fully understand the details of what was going on during the crisis. Through my research last summer, I gained a better understanding of the timeline of events, and learned about the communication failures that took place, both before and after the hurricane hit. I read about the serious and horrifying lack of preparedness that ultimately lead to the catastrophic disaster response following Hurricane Katrina. Yes, the storm was devastating, but what made the natural disaster into a full-blown crisis, was the lack of action in the days following the levee break. 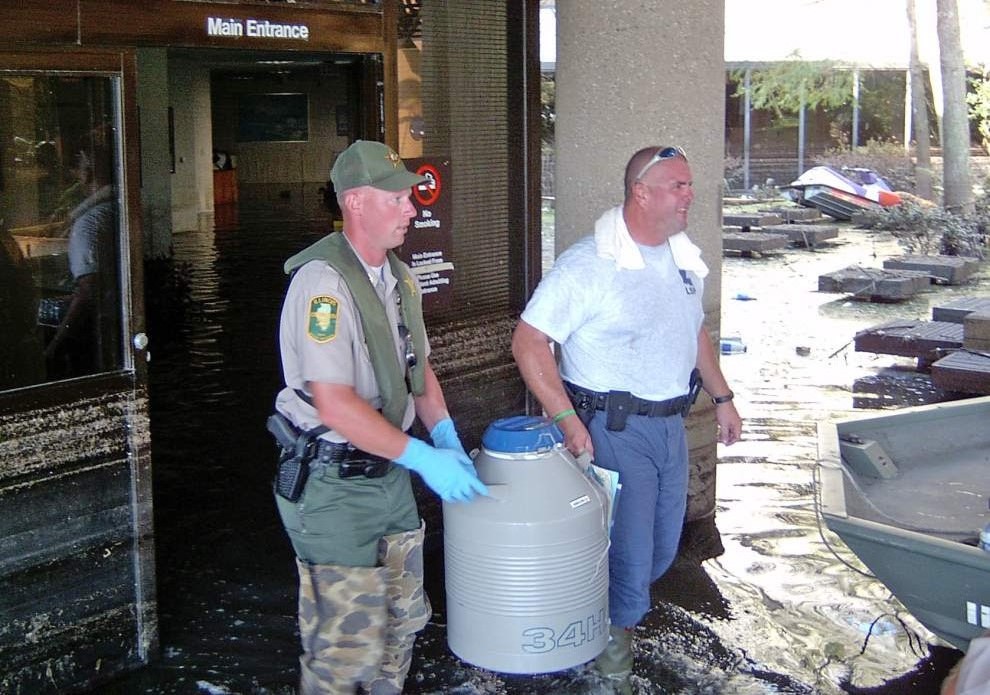 My research revealed stark differences in preparedness for the event by hospitals specifically. Tulane University was able to coordinate a massive patient and staff evacuation via helicopter, paid for by the Hospital Corporation of America. Public hospitals across New Orleans, however, did not have the same resources and suffered greatly in the days following the hurricane.

The story that touched me the most from my Hurricane Katrina research was about the embryos that had to be left behind. The Fertility Institute located in New Orleans moved four canisters of embryos (approx. 300 in each) from their clinic to the Lakeland Hospital nearby. Those 80-pound canisters contain liquid nitrogen, and can last for 30 days when kept at room temperature. As the heat started to rise, employees at the Fertility Institute knew that the eggs had to be transported immediately. In the crisis, state troopers and members of the National Guard banded together to safely remove the embryos. Those embryos moved on to become very successful babies and toddlers, one of whom was lovingly named Noah after Noah’s Ark.

At the same time that I was studying Hurricane Katrina, I was researching hospitals’ responses during Hurricane Sandy. It was fascinating to look at various hospitals on maps of the affected area and read about which areas were hit the hardest. Generators that were in the basement went out of commission the minute the hospitals flooded. In other hospitals, Wi-Fi and the general PA systems failed, causing nurses and doctors to come up with creative ways to deal with the overwhelming number of patients. One report stated that hospital staff downloaded a third party messaging app, and used that to communicate with each other across the hospital. Another news article told the story of nurses using post-it notes, and sticking them on the patients with vital information since their online records system was down. Nurses that had friends in other hospitals were texting and calling each other, asking if they could take more patients and then sending them across the city to any available beds.

It was the way the hospitals communicated and acted quickly and efficiently during the crisis that really caught my attention. You rarely hear about the hundreds of lives that these creative nurses and doctors saved. It is the well-executed, well-planned evacuation from Tulane University Hospital, and the creative thinking by the hospital staff in New York City that I find equally fascinating and important.

A hospital’s job is to care for people, and to save their lives when disaster hits. Studying disaster management from a communication standpoint is extremely fascinating, because excellent communication both within a hospital, and between hospitals, can save lives.