My name is Jacob Schwoerer, and I was an intern in the Special Projects Division at the National Consortium for the Study of Terrorism and Responses to Terrorism (START). I graduated from the University of Wisconsin-Madison with a B.S. in Political Science and Middle Eastern Studies, and Certificates of Modern Standard and Media Arabic from the Arabic Language Institute in Fez, Morocco. I primarily work on START’s Open Source Intelligence Europe and Africa: Project on Illicit Trafficking team. But I’m getting ahead of myself.

I first heard of START and its research during a lecture on terrorism and counterterrorism efforts. START’s concept captivated me, and shortly thereafter, I applied for an internship. I interviewed for the position, received an offer, and found myself traveling across the country for my START orientation.

When I walked into the office on that first day, I had no idea what to expect… although I was confident that it would boost my credentials to help land a career in the intelligence community. 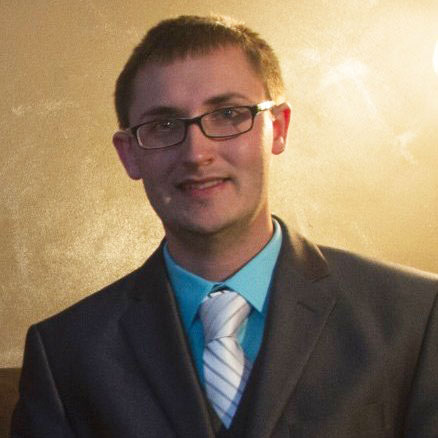 Given my background in Middle Eastern studies and having recently returned from the region, I was a bit disappointed with my assignment to the Europe and Africa Illicit Trafficking Project. Little did I know that this would be a blessing in disguise; assignment to the team allowed me to expand my knowledge of the world and learn about things I never imagined I would.

I authored organizational profiles that were set up to ultimately perform threat assessments based on coded variables to determine relative illicit RN smuggling threat among groups active in the study area. My first assigned group, a German Neo-Nazi collective with only 10 available sources of information (all of which were written in German), was a challenge to analyze. The task not only strengthened my research skills, but enabled me to examine the German language and learn about Neo-Nazi groups.

Following this group I was given the opportunity to return to my area of interest and work on Hezbollah. This was the most rewarding assignment of the internship. It was extremely difficult to sift through the plethora of sources to only find relevant sources pertaining to its illicit activities (as opposed to its terrorist intentions).

However, each day I was rewarded by a new fun fact about the group, which made the massive data mining operation more tolerable. For example, the group trafficked frozen chicken meat to finance its illicit activities. Researching the group and writing a final assessment allowed me to develop analytic skills. Such skills are essential for a career in intelligence.

As the semester drew to a close, I felt like there was more to accomplish. I wanted to stay on board and my supervisors offered me the opportunity to stay with the PIT team for the summer term. Working at START through the summer allowed me to see the end results of the research I had accomplished in the spring, and I helped carry out the final phase of the PIT project.

Specifically, I used my knowledge of Hezbollah and dug deeper into the organization by conducting research supporting START’s geolocation project. I used Google Earth and Google Earth Position to pinpoint specific bases, transit points, attack locations, and rival and state instances of resistance. These latitude and longitude coordinates were compiled into a database and shared with START’s GIS team to transform into maps which will be used in developing cross-case analyses and final conclusions.

One of the most rewarding aspects of working at START is seeing your work transform into something practitioners can use. Every intern’s work is essential to the final product, something that is seemingly unique to START internships. To date, my research has contributed to the development of two deliverables for government clients, and more deliverables are expected to be finished in the coming months.

The benefits of interning at START extend far beyond learning real-world skills like writing, research, and analysis practice. Two of the most valuable experiences I have had at START are the opportunities for networking and personal development.

Also, START’s sterling reputation in the community is helpful for networking with recruiters. For example, while attending the Intelligence Community Virtual Career Fair, a representative from ODNI agreed to chat with me because of my affiliation with START and was excited to share that his office regularly uses START data in its analysis.

Whether it be resume-writing assistance, career guidance from the various highly qualified professionals employed here, or just different activities put on by the various offices, these opportunities have provided me with the knowledge and tools to become a more highly qualified and well-rounded candidate for employment; a mission central to START. I can confidently say that it is because of START that I am better prepared to become a practitioner in the national security enterprise.

Ultimately, my experience at START has far and above exceeded my expectations, and I look forward to continuing to contribute as a research assistant through the remainder of the summer and into the fall.