Formalization within a terrorist group increases capacity for lethal violence

Formalization within a terrorist group increases its capacity for lethal violence, according to a new START analysis of the Leadership of the Extreme and Dangerous for Innovative Results (LEADIR) dataset. The research team found that terrorist groups that use uniforms to denote status differences and tenure are more lethal than groups whose members do not wear uniforms. 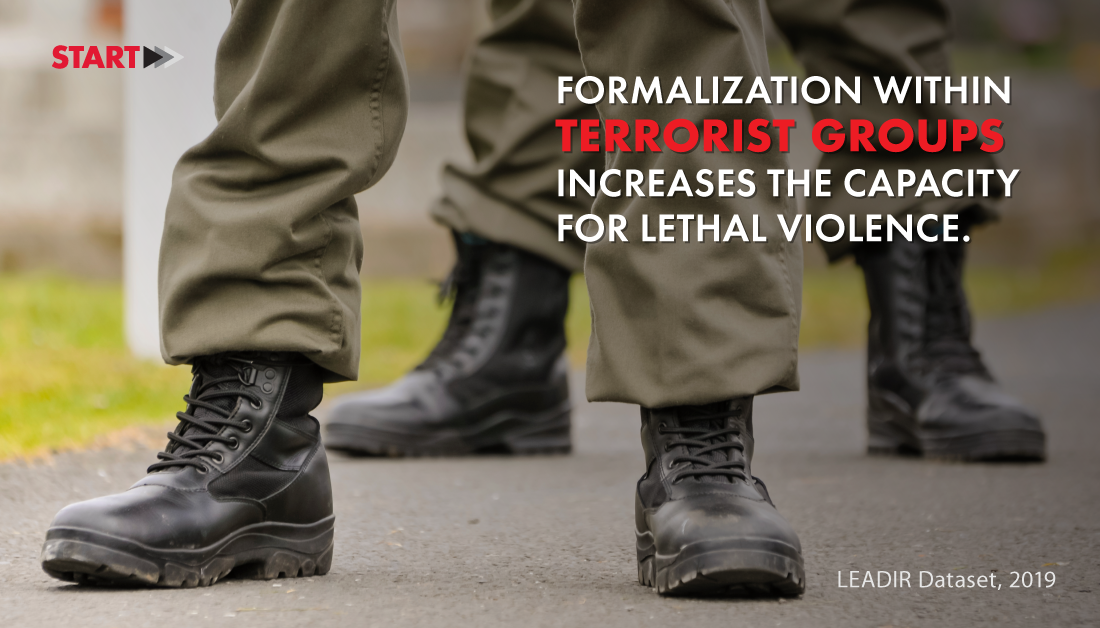 Led by Gina Ligon, director of the National Counterterrorism Innovation, Technology and Education (NCITE) Center of Excellence, the research team determined several generalizations that can help predict indicators of malevolence and heightened threat of future terrorist organizations. Organizational complexity was significantly linked to the number of attacks on hard targets and the number of highly successful attacks on hard targets. This suggests that, as organizations adopt a more sophisticated organizational design, their willingness and success in attacking hard targets increases.

In an examination of nearly 300 violent extremist leaders, the LEADIR research team found that:

Of those group leaders who were removed from power, the most common means were through decapitation via rivals or government forces (17%) or through arrest (10%).

Read the Leadership of the Extreme And Dangerous for Innovative Results research brief for more information.