Today, the U.S. Department of State released the congressionally mandated report, "Country Reports on Terrorism 2013." The report includes an Annex of Statistical Information prepared by the National Consortium for the Study of Terrorism and Responses to Terrorism (START). START contributed the annex for the U.S Department of State’s 2012 version of the report as well. 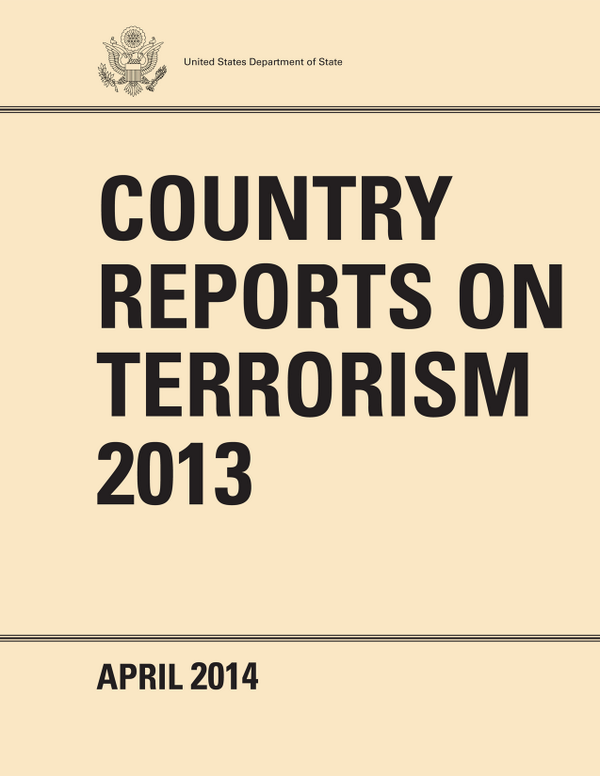 The 2013 statistical annex documents 9,707 attacks worldwide. These attacks resulted in more than 17,800 deaths and 32,500 injuries. In addition, more than 2,990 people were kidnapped or taken hostage. On average there were 808.91 attacks per month and 1.84 fatalities and 3.36 injuries per attack, including perpetrator casualties.

Although terrorist attacks occurred in 93 different countries, they were heavily concentrated geographically. More than half of all attacks (57%), fatalities (66%), and injuries (73%) occurred in Iraq, Pakistan and Afghanistan. By wide margin, the highest number of fatalities (6,378), attacks (2,495) and injuries (14,956) took place in Iraq. The average lethality of attacks in Iraq was 40 percent higher than the global average and 33 percent higher than the 2012 average in Iraq.

Information about the perpetrator group responsible was reported for 32 percent of terrorist attacks in 2013. Of those attacks, more than 20 percent were attributed to the Taliban, operating primarily in Afghanistan. In addition to carrying out the most attacks, the Taliban in Afghanistan was responsible for the greatest number of fatalities in 2013.

As a result of these improvements in data collection methodology for the GTD and definitional differences between the GTD and the statistical annex dataset, the statistics in this report are not directly comparable with the GTD or data from previous reports. START's GTD team continues to collect information about additional descriptive variables for 2013 terrorism incidents and will release the updated GTD later this summer.

The Conversation: A quest for significance gone horribly wrong – how mass shooters pervert a universal desire to make a difference in the world
PolitiFact: What is the 'great replacement theory' linked to the Buffalo shooter?
Rolling Stone: Caught on tape: Oath Keeper leader wanted Trump to 'expose all the pedophiles'
END_OF_DOCUMENT_TOKEN_TO_BE_REPLACED