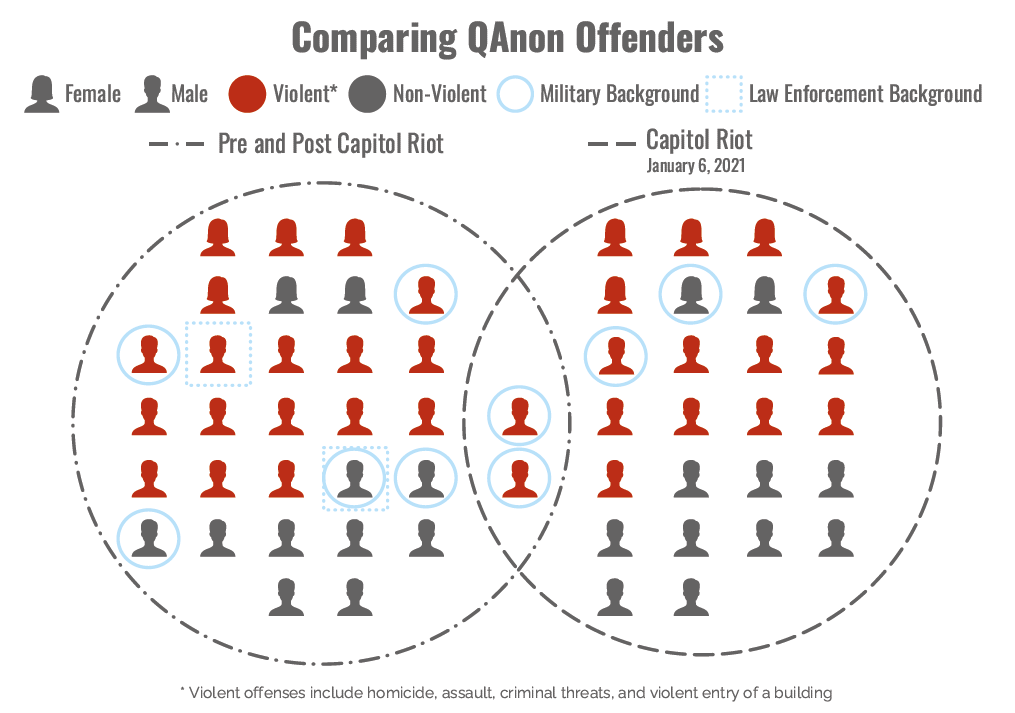 As of February 24, 2021, 56 QAnon followers have committed ideologically-motivated crimes in the United States, according to a new research brief. This includes two offenders who were inspired by the PizzaGate conspiracy, a precursor to QAnon, who committed crimes in 2016, and 27 individuals who participated in the Capitol insurrection on January 6, 2021. The offenders come from 27 states, including 7 from California, 4 from Arizona, 3 from New Jersey, 3 from New York, 3 from Pennsylvania, and 3 from Virginia.

The brief, "QAnon Offenders in the United States" is available on the START website. Follow our Radicalization and Disengagement (RaD) team on Twitter for more: @RaD_UMD.