Between 2010 and 2015, more than 40 percent of attacks were aimed at a non-diplomatic government target, while journalists and media members were increasingly targeted in that time frame. Assassination attacks in Western Europe have dramatically decreased since the 1970’s, with a majority of worldwide assassinations taking place in the Middle East/North Africa and South Asia in recent years.

Click below to view the images in full size. 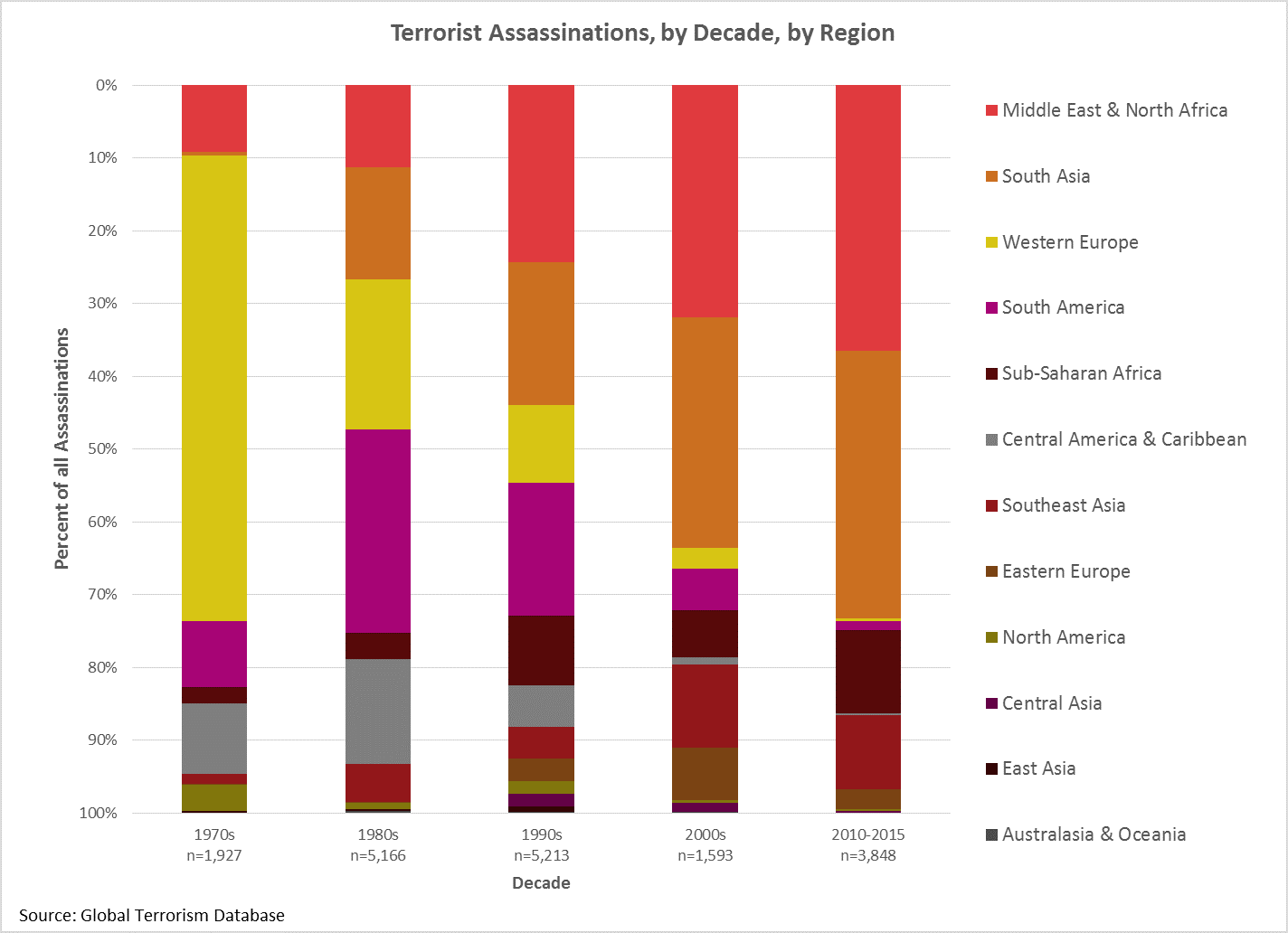 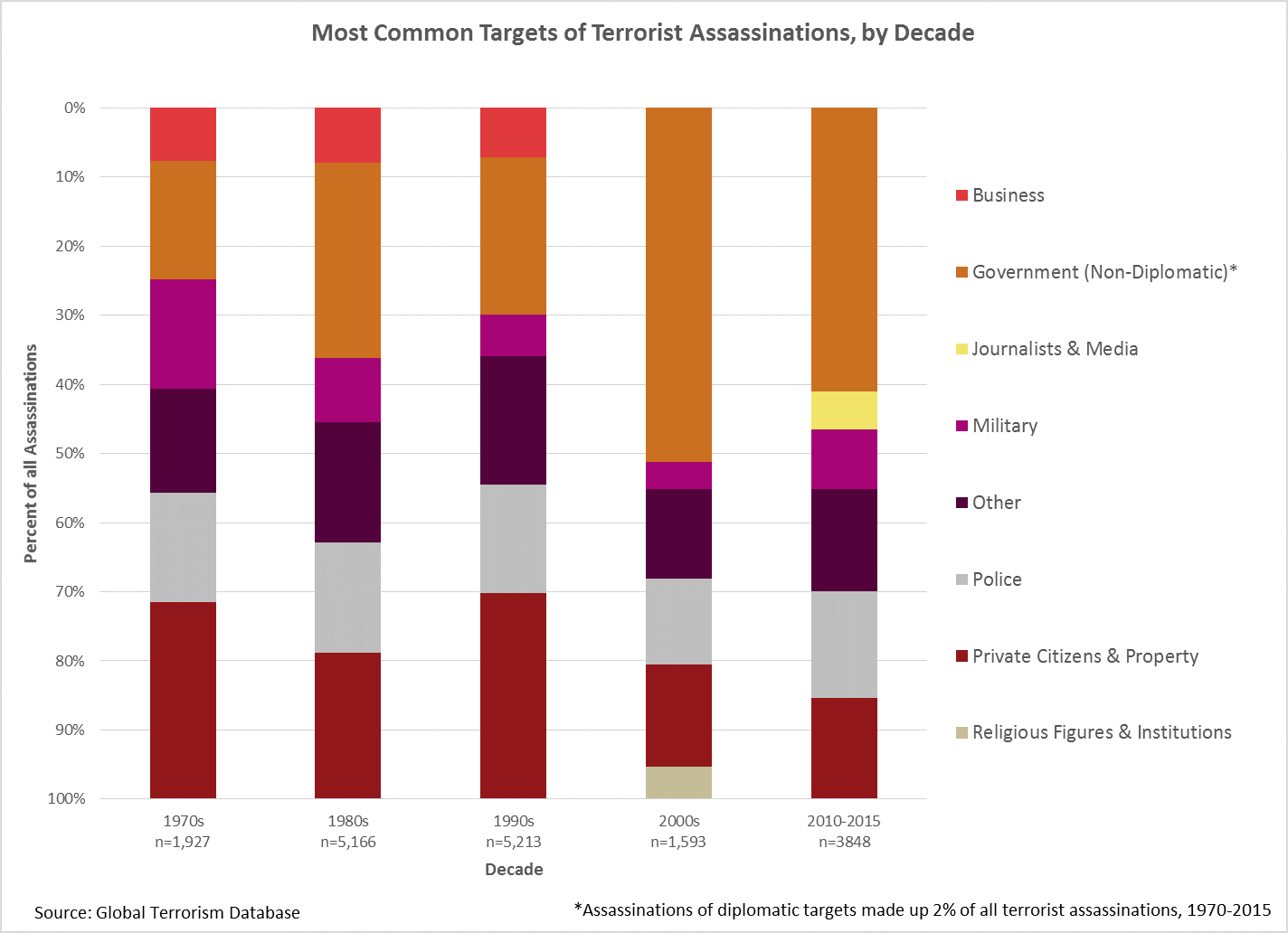