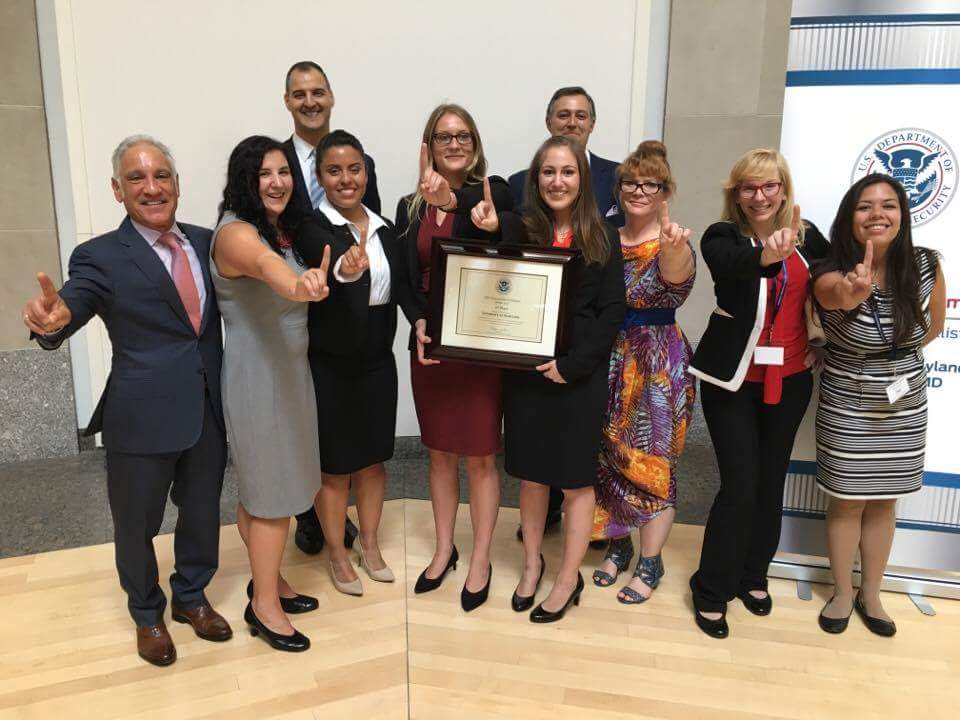 The “It Takes Just One” campaign, begat by START minor program students in September 2016, rose above 49 competing teams from across the United States to win the Peer to Peer Challenging Extremism Initiative on Tuesday, July 18.

The competition, is a U.S. government effort aimed at finding new ways to challenge extremism and is led by the Department of Homeland Security, managed by EdVenture Partners, and supported by Facebook.

The team of five University of Maryland students, Tayler Schmidt, Victoria Challenger, Brittni Fine, Marcella Goldring and Elizabeth Streit, won $5,000 in scholarship money and the opportunity to continue their work with a variety of interested potential partners from the DHS and EdVenture.

Their campaign aims to empower bystanders to intervene and help steer someone away from radicalization. Their moniker is derived from the idea that “it takes just one person to care, just one choice to make a difference, and just one action to save a life.” To actualize this idea, the team started a social media campaign, interviewed family members and friends of radicalized individuals and created a “choose your own adventure” style video game.

“We worked hard to give a platform to people who never had a chance to share their stories, and use those stories to help change the world,” said Brittni Fine, a recently graduated psychology major.

Fine and the rest of the team competed at the Ronald Reagan Building and International Trade Center against teams from the University of Massachusetts Lowell and the University of Houston. The competition was judged by officials from DHS, the National ​Counterterrorism Center, the Countering Violent Extremism Task Force and Facebook. Fine said the final competition was nerve-wracking but ultimately gratifying. 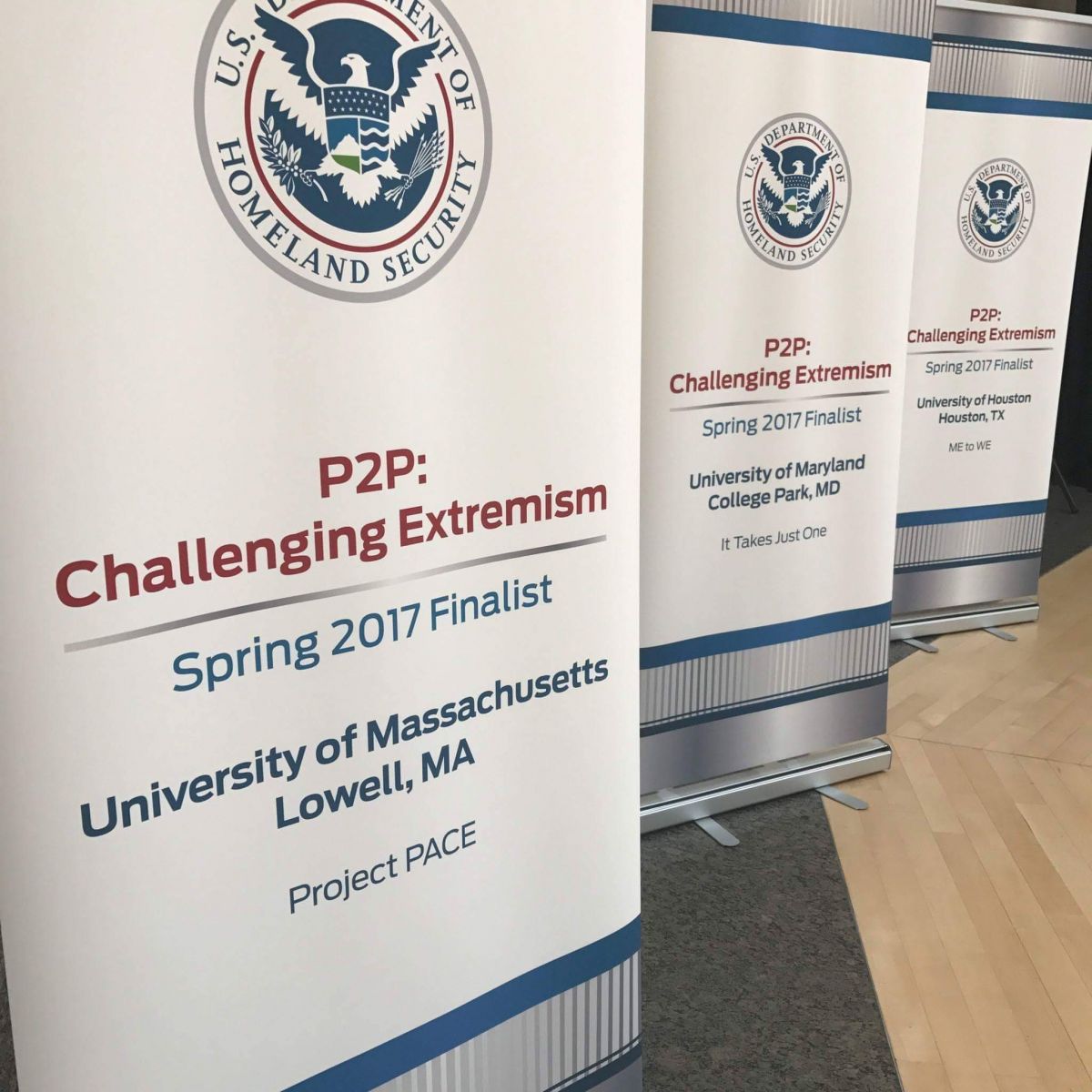 “We were sitting in line and pulling our hair out,” said Fine. “They announced the third place team, then the second place team, and when we didn’t hear our name we immediately started crying and hugging.”

The idea for the project began in the Innovations in Countering Violent Extremism course co-taught by START’s Education Director Katherine Izsak and Executive Director William Braniff. The course challenges global terrorism minor students to develop solutions to issues of radicalization through communities.

“Combining the unique expertise of our START Center professionals with the passion of our students is clearly a winning strategy for combatting complex issues such as violent extremism,” said Gregory Ball, Dean of the College of Behavioral and Social Sciences. “These are exactly the kinds of opportunities we want our students to be involved in—developing innovative solutions to problems in the real world.”

The “It Takes Just One” team united in their common interest in the families of the radicalized individuals, or the bystanders. Fine said she thinks their concept stood out because they formed a program around a particular community -- the bystander community -- rather than coming up with a program and then searching for a community to apply it to.

Tayler Schmidt, a senior criminology and criminal justice major, said the team is confident the competition accrued a lot of interest for the campaign and it will continue. The team hopes to improve their educational video game, which will require outside funding, and increase their bystander outreach efforts.

“From here we hope to create a network of bystanders of violent extremism, current and past who are willing to help normalize and destigmatize the conversation surrounding the bystander effect,” Schmidt said.

Through additional real stories, the “It Takes Just One” team wants to continue to encourage those in similar situations to step in and say something to individuals at risk. The idea is that those who did not intervene can offer answers that can be integrated into the video game’s curriculum and future messages.

“Our population needs and deserves this support,” Schmidt said, “and these bystanders would be the best people to help prevent the bystander effect in the future, simply by telling their own stories.”

William Braniff, the executive director of START, is proud of the students and grateful for the mentorship Izsak and other members of the START team provided. Looking forward, Braniff believes the campaign demonstrates the value that START’s design thinking-based countering violent extremist curriculum can offer.

“We would love to partner with the DHS, EdVenture and Facebook to bolster the existing Peer to Peer program with supplemental primers and curriculum units,” Braniff said.