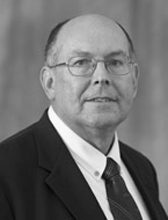 Distinguished Professor and Chair of the Department of Sociology and Criminal Justice
Director of Terrorism Research Center (TRC) in Fulbright College
University of Arkansas
Investigator
Biography:

Brent L. Smith received the Ph.D. in Sociology from Purdue University in 1979, began his affiliation with UAB in 1981, and retired in 2003. During his 22 years in the Department of Justice Sciences, he served as Director of the MSCJ Program and Chair of the Department. Dr. Smith is currently Distinguished Professor of Sociology at the University of Arkansas where he continues his ground-breaking research on social movements—primarily terrorism. He is the author of Terrorism in America: Pipe Bombs and Pipe Dreams (1994). Smith founded the American Terrorism Study in 1987, a project that houses data on federal cases from 1980-present. He has testified regarding terrorism on several occasions before the U.S. House of Representatives Judiciary Subcommittee on Crime, as well as the National Research Council. His publications on terrorism have appeared in numerous publications including Criminology, Justice Quarterly, Criminology & Public Policy, Terrorism: An International Journal, and Studies in Conflict and Terrorism.