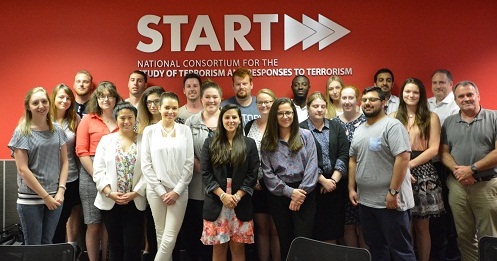 Recent current events have shown that acts of terrorism and violence have the potential to take place anywhere in the world – making it crucial for multiple nations to work together and collaborate on counterterrorism and security issues.  This month, START welcomed 21 students from Macquarie University’s Department of Security Studies and Criminology, located in Australia, to participate in a 10-day workshop at START titled, “U.S. Perspectives on Contemporary Security Issues & U.S. – Australia Cooperation.”

Brandi Goff, START’s training event coordinator, explained, “The central objective of the program is to expose these Australian students to the U.S. national security system, with a focus on the U.S.-Australia relationship and American interests in Asian/Pacific regional security.”

This is the second year that START has hosted students from Macquarie University, and the trip was filled with various activities both at START headquarters and in Washington, D.C., and also included a day trip to New York City.  Some of these activities included touring the Pentagon and the U.S. Capitol, listening to lectures on cyber security, counterterrorism, and the U.S. Australia relationship, participating in the Training in Risk and Crisis Communication (TRACC) with START researcher Holly Roberts, and an educational tour through the 9/11 Memorial Museum in New York City.

The program took extensive planning and coordination between both START and Macquarie University.  Fred Smith, program coordinator for Macquarie said, “Our objective is to expose students to the close U.S. – Australian security relationship and how the U.S. security and intelligence community functions, its configuration, processes and personalities.” 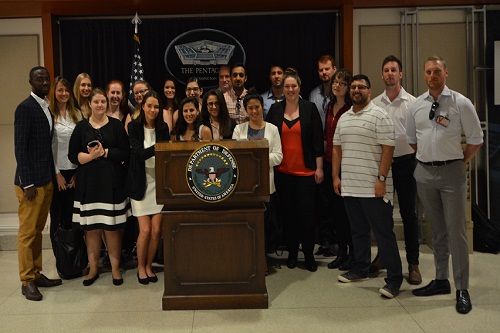 One of the goals of the program was to equip students to identify and understand the differences and similarities between the American and Australian defense systems.  The program aimed to teach students to understand mutual defense and security efforts as well as the bilateral and multilateral alliance partnerships between the two countries.  In order to achieve this goal, the students visited the Department of Defense, the State Department, the Department of Homeland Security, and other think tanks and academic organizations.

Smith stated, “The vast majority of our students never will have visited the United States, but through the tour will gain a deep appreciation of the United States and its security processes and challenges.

Book Talk: "A Woman’s Place in Counterterrorism Since 9/11"