On Friday, May 1, START Senior Researcher Steve Sin will present his paper on detecting and interdicting the illicit trafficking of CBRN weapons and materials at sea at the Non-Conventional Threat CBRNe USA conference in Reston, Virginia. 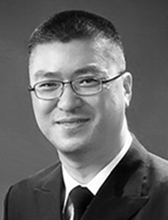 The paper, formally titled, “Countering Nuclear and Radiological Materials Illicit Trafficking Through Maritime Security Initiatives: Paper Tiger or Concrete Solution? A Case Study,” examines ways the international maritime security initiatives are implemented at the Port of Antwerp, Belgium. It also analyzes the impact different authorities involved in the security and operation of the port have on the implementation of security initiatives.

The paper was co-authored by Brecht Volders and Sylvain Fanielle from the University of Antwerp.

The researchers’ work seeks to improve the future design of international maritime security initiatives through a series of testable hypothesis and identification of strengths and weaknesses of the current legal and political framework designed to curb illicit RN materials trafficking.

“Approximately 90 percent of the world’s trade is conducted by sea as it is the most cost-effective way to move en masse goods and raw materials around the world. Given the magnitude and the dependency of the world’s economy on seaborne trade, it is essential to understand whether this critical global infrastructure is adequately prepared to deter and respond to CBRN terrorism,” Sin said.

Sin is scheduled to speak at 2:30 p.m. in the conference panel session titled, “CBRN Response in Densely Populated Areas.” To attend the conference, which will take place on April 29—May 1 in the Sheraton Reston Hotel, prospective attendees should register here.