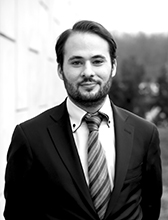 Barnett S. Koven is the Training Director, Near-peer Competition Lead Researcher and Counterterrorism Lead Researcher at the University of Maryland’s (UMD) National Consortium for the Study of Terrorism and Responses to Terrorism (START), a U.S. Department of Homeland Security (DHS) Emeritus Center of Excellence. He is also the Founder and CEO of BSK Consulting, L.L.C., a boutique consultancy specializing in practitioner education and mixed-methods (quantitative and qualitative) research in support of national security practitioners and policy-makers. In addition, Koven is a Professorial Lecturer in Political Science & International Affairs at the George Washington University (GWU), an Associate Member of the Graduate Faculty and a Lecturer in Public Policy at the UMD, an Adjunct Faculty Member at Joint Special Operations University, an Adjunct Presenter at the U.S. Air Force Special Operations School, a Fellow at the Modern War Institute at West Point, a Fellow at the Jack D. Gordon Institute for Public Policy at Florida International University and a Quantitative Social Scientist at Performance Systems, LLC. He received his Ph.D., M.Phil. and M.A. in Political Science, as well as a B.A. in International Affairs and Latin American and Hemispheric Studies from the GWU. In addition, Koven is currently enrolled in the Executive MBA program at the University of Virginia’s Darden School of Business. He also holds a Certificate in Conflict Analysis from the United States Institute of Peace and a Certificate in Advanced Security in the Field from the United Nations System Staff College.

Koven has conducted extensive overseas research in conflict and post-conflict zones. His work employs cutting-edge quantitative and qualitative methods to answer pressing defense and homeland security questions. Specifically, he focuses on issues pertaining to counterinsurgency, counterterrorism, terrorism prevention and preventing/countering violent extremism, counter-narcotics, near-peer competition, unconventional warfare, resistance, security cooperation, transnational organized crime, operations in the information environment, weapons availability and conflict onset, post-conflict reconstruction, and the material and non-material sources of military power. Koven has received research funding from the U.S. Department of Defense (DoD), the U.S. Department of State, the DHS, the National Nuclear Security Administration and the U.S. Department of Justice, as well as from the Horowitz Foundation for Social Policy, the GWU and the UMD. A complete list of journal articles, book chapters and policy publications can be found on his personal website: www.barnettkoven.weebly.com

In addition to his aforementioned academic affiliations, Koven regularly instructs Combating Terrorism Seminars at the Federal Law Enforcement Training Center in Charleston, SC, during the Defense Intelligence Agency’s Advanced Counterterrorism Analyst Course at Joint Base Anacostia-Bolling, at the National Reconnaissance Office as part of the Executive Master of Public Management Program, and overseas as part of the Diplomatic Security Service’s Global Anti-terrorism Training Assistance/Special Program for Embassy Augmentation and Response Executive Forum on Foreign Terrorist Fighters Consultations. Moreover, Koven is also a frequent presenter during the various lecture series and conferences curated by the Strategic Multi-layer Assessment Branch of the DOD, as well as to myriad other U.S. government and university audiences. Finally, he routinely provides terrorism analysis on national and international media broadcasts.

Beyond academia, Koven is the Vice President and Director of Events at the Godparents of the Children of Instituto Mundo Libre, a non-profit organization providing safe housing, rehabilitation and vocational training to homeless children in Peru. In addition, Koven is a Board Member at Mindot, a non-profit educational platform for developing the next generation of local leaders and agents of social change. Finally, he is an Advisor at Concordia, a non-profit organization dedicated to expanding public-private partnerships.