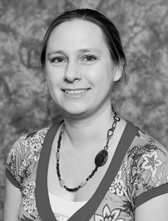 Amy Pate is START’s Executive and Research Director. In these roles, Pate works with Director William Braniff to run day-to-day operations and craft long-term strategy, as well as providing guidance for START researchers from proposal development through project implementation and submission of final deliverables. Pate is the primary implementer of START’s center-wide quality control processes and is accustomed to working with a wide variety of researchers and government funders.

Pate has been Principal or Co-Principal Investigator on awards totaling more than $9 million since 2011 from funders including the Department of State, Department of Defense, the Department of Homeland Security, and the National Science Foundation. She is PI of a recent $3 million award from the Department of Defense to enhance datastreams for counterterrorism, as well as a $500,000 award from the State Department to build capacity for countering violent extremism in Malaysia. As START’s research director since 2014, she has helped oversee more than $30 million in sponsored research awards and has provided quality control on research deliverables – reports, data, codebooks, etc., – for more than 50 projects. She has been called upon to present at conferences and provide lectures for practitioners within numerous government departments and agencies including the Defense Intelligence Agency, the Strategic Multilayer Assessment office, the Department of Homeland Security, AFRICOM, Combined Joint Task Force-Horn of Africa, European Institute of Peace, Department of Justice, United States Institute of Peace and United Nations High Commission for Human Rights.

A political scientist specializing in international relations and comparative politics, Pate has worked with START since the center was founded, first through her work on the Minorities at Risk Project and as a START researcher, prior to becoming research director. Pate is trained in both quantitative and qualitative methods, has conducted fieldwork in conflict zones in Africa, and has extensive experience working with researchers in developing countries.

She earned her Ph.D. in government and politics with specializations in comparative politics and international relations from the University of Maryland, where she also earned her M.A. She graduated with bachelor’s degree in Russian, Political Science, and History from Miami University (Ohio).

Al-Shabaab Attack on Garissa University in Kenya (Background Report)
Boko Haram Recent Attacks (Background Report)
Boko Haram: An Assessment of Strengths, Vulnerabilities, and Policy Options (START Reports)
Government Responses to Asymmetric Threats: The State of the Literature on Counterinsurgency from 2002 to 2022 (START Reports)
Project Fact Sheet: Monitor and Mitigate: The Impact of COVID-19 on Public Safety (Project Fact Sheet)
Resolving Crises through Automated Bilateral Negotiations (Journal Article)
Socially Relevant Ethnic Groups, Ethnic Structure, and AMAR (Journal Article)
Stochastic Opponent Modeling Agents: A Case Study with Hezbollah (Conference Paper)
Surveying the Literature on Counter-Terrorism, Counter-Insurgency, and Countering Violent Extremism: A Summary Report with a Focus on Africa (START Reports)
Terrorism Trends with a Focus on Energy and Mining (Research Brief)
The “New” Face of Transnational Crime Organizations (TCOs): A Geopolitical Perspective and Implications to U.S. National Security  (White Paper)
The Challenges of Terrorism in a Globalized World (Book Chapter)
The Reason We Don't Know (Journal Article)
The Use of Violence by Ethnopolitical Organizations in the Middle East (Research Brief)
Why Do Some Organizations Kill While Others Do Not: An Examination of Middle Eastern Operations (Journal Article)